No Pain No Gain 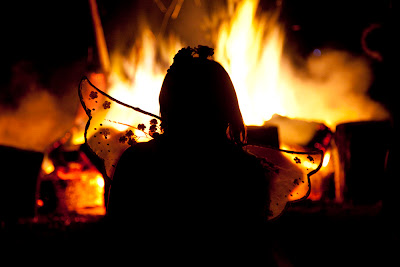 Saturday found me celebrating the end of summer at the Summer Sunset festival, on the site of what was once the Glade festival until the landowner got fed up with 5000 ravers getting wasted in his woods and decided he'd rather have 500 of his nearest-and-dearest dance the Autumn in around a tiny stage amongst the trees by his lake. It was fun, with everything laid on. I loved Festismall. Good ideas don't have to cost a lot of money. 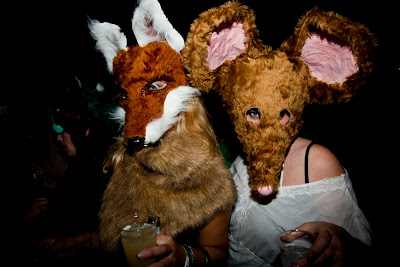 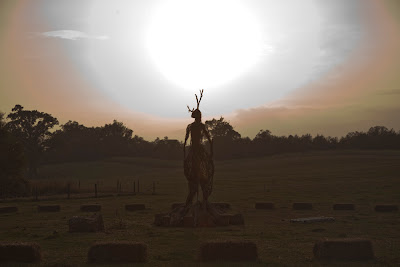 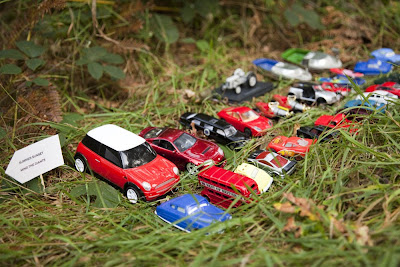 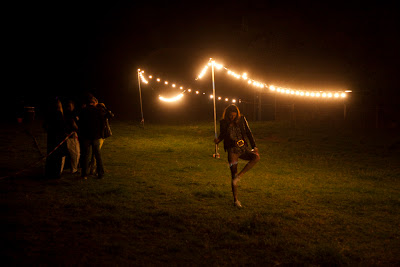 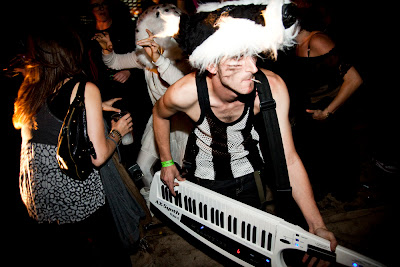 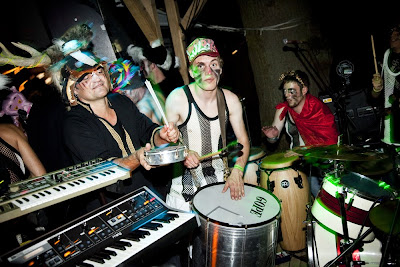 Those guys at the end are the Badger Badger crew, who had taken me along with them to document the event. They're an excellent bunch.

Tuesday took me to something a little different: an online art performance by Justin Allen of Switch Performance, whose body-based performance was to suture his mouth shut and observe an hour of silence in an Arts Council-funded project. Although I was mostly in charge of holding the video camera which was streaming it live (a slightly daunting experience, as I'm not used to working with moving image - the main difference I found was having to think about framing one step ahead of things happening). 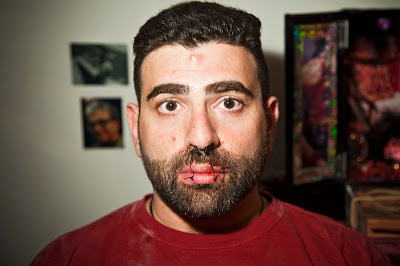 Wednesday I shot some promo pix for a band called Speak And The Spells. They're regulars at Dice Club, which is where I first met them, and it seemed like a good chance to do a no-stress shoot for a bunch of nice guys. So down to Richmond it was, to try to catch deer and make some dudes look neat. 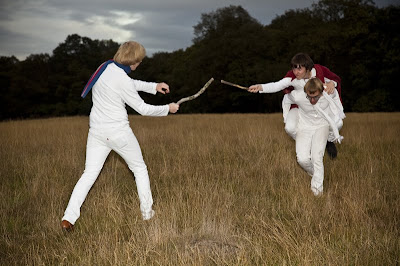 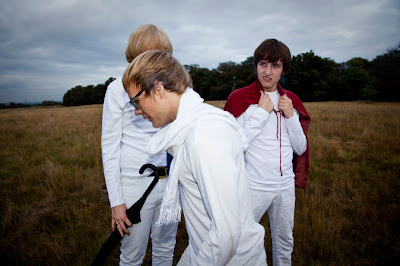 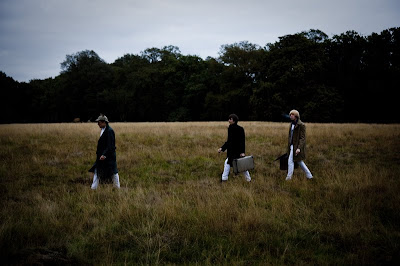 Afterwards a friend had use of a car for the evening so it was off to Kent to take photographs of industry around Gravesend. 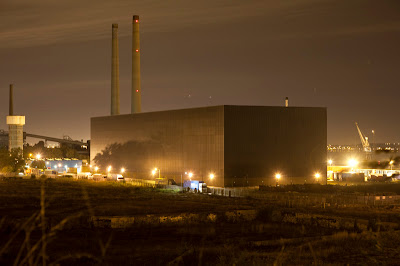 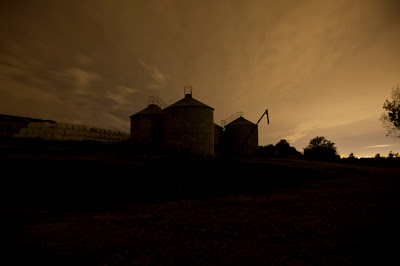 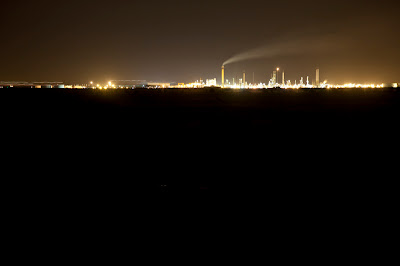 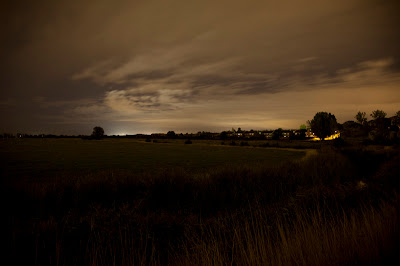 I'd been speaking about my photography to one of the few people who's opinion I take seriously the day before; they'd suggested landscapes were one of my stronger suits, and although I'm not sure how I could ever make that style into something I could earn a living from, it always leaves me satisfied, to take pictures of something that is there for anyone to see, but still put my own style onto it. 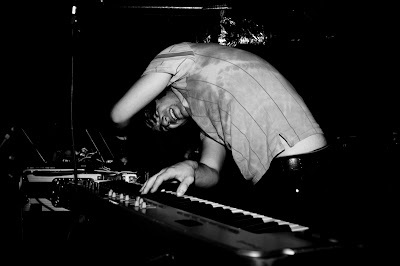 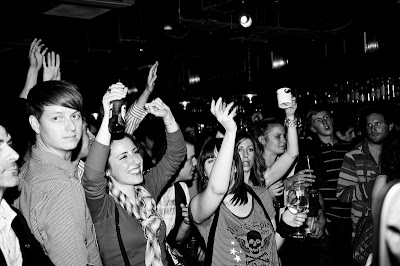 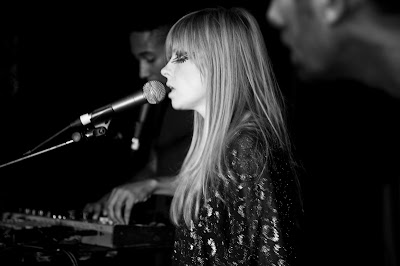 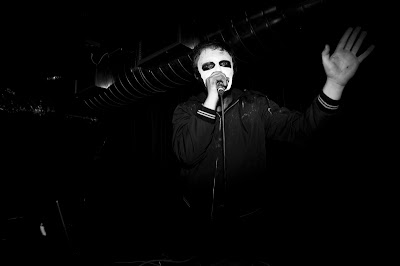 Friday - I'd been asked to shoot a birthday party, and a tattoo convention, but I spent the evening in front of the computer, waiting to hear from people and trying to catch my breath. An afternoon trip to Kew Gardens, to walk on the treetop walkway, certainly helped. 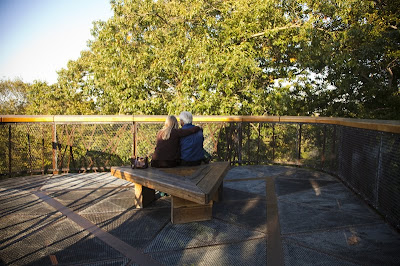 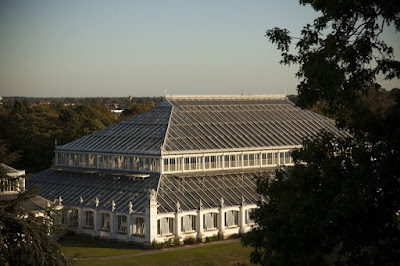 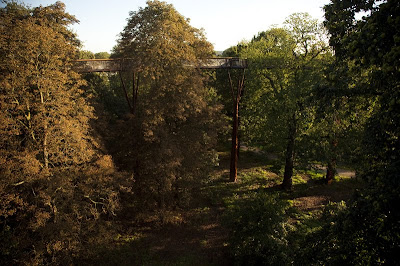 Tomorrow - Cargo. Tuesday - Miriam Elia's comedy gig. Thursday - Emily Grive then Skill Wizard. No doubt a ton of other things will come up at last minute as well..
Posted by Tom at 12:34